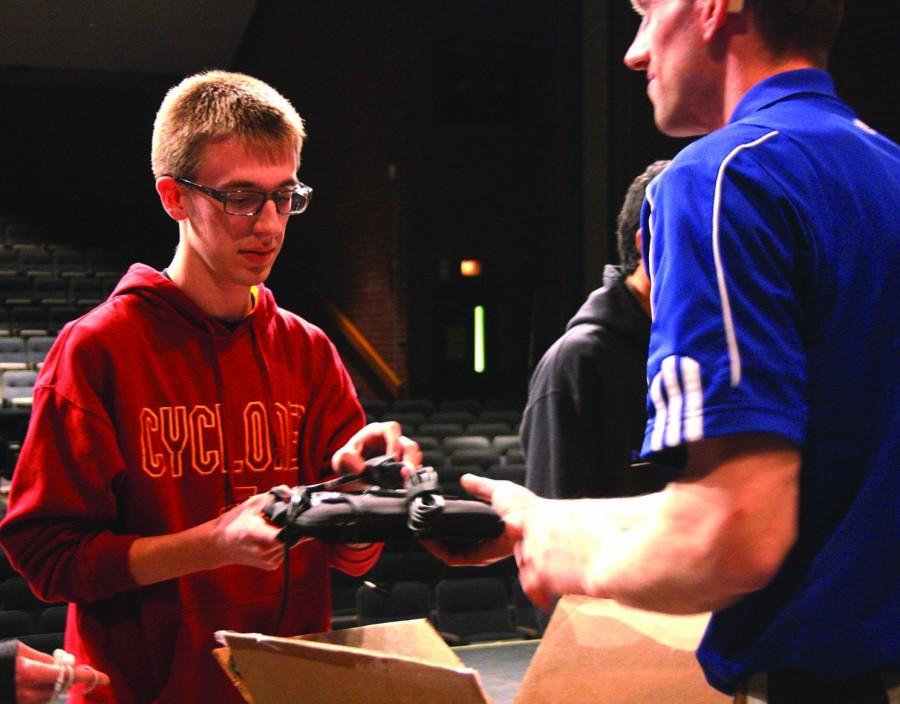 Technology that could take over the classroom

Second semester at MN began with a technological twist as multiple classes of students received HP Stream 11 Pro Notebook laptops from the district. Several AP science classes, as well as a few select math classrooms, were chosen to receive them. The reason for this phenomenon is rooted deeply in the mission of Millard Public Schools.

The district has been developing a plan to advance the technological opportunities available to its students by working to give a laptop to each and every one of its high school students by January of 2017. As of now, the district is working out the kinks before they order the laptops.

Phase I of the plan occurred during first semester in which certain students at Horizon and Millard South received laptops to pilot. Currently the plan is in Phase II, which includes just under 600 laptops being given to students across the district so that problems such as powering the laptops, Wi-Fi, printer connection, and other obstacles pertaining to infrastructure can be solved before the rest of the student body receives them.

This isn’t about the tool. This is about teaching and learning. This is about students being able to access and make decisions about things and having the tools to do it.”

Teachers, like science teacher Daryl Jahn, whose students have these devices are optimistic that they will aid learning in the classroom. By using the computers, teachers can hear from students who they would normally not hear from.

“Several students do not like to speak up in class, this will allow them to ask the questions that they may not have asked out loud,” Jahn said. “We have [also] come up with some ways to check if students are getting the main points of that day’s class by having students answer questions during class. This will allow us to alter the lesson if further work needs to be done on that subject.”

Not only this, but with each student having their own laptop, it will allow everyone to have the same opportunities. Millard’s Executive Director of Technology, Kent Kingston, explained that once all high school students have laptops it will create an atmosphere where students will not be able to use the excuse of not having the needed resources to complete their assignment.

“This isn’t about the tool. This is about teaching and learning. This is about students being able to access and make decisions about things and having the tools to do it,” Kingston said.

With the current pilot computers, along with signatures from the parents and the student, there is a damage loss cooperative where students can pay $15 per year and, if they break some part of their computer, they will only have to pay for a certain percent of the cost rather than the full price. For example, a broken screen costs $90 to repair and replace, but with the cooperative the cost is only $10 to the student.

It was also important to the district that these computers not cost a large amount of extra money. Because the price of technology has come down, the district will be spending the same amount of money they normally spend on technology, just in a different way so that they can purchase all of the laptops.

The current pilot laptops are also not the same laptops which Kingston plans on ordering for next January. These machines are not powerful enough and don’t have as much storage as students will need.

“We want something that is more ‘tablet-y,'” said Kingston, “That it looks like a laptop, has a keyboard, but potentially you could fold it over or detach the keyboard to read a book, or use your finger to draw on or annotate a PDF. That’s our dream.”

For the Millard Public Schools this is an exciting and innovative way in which they can better prepare their students for college and the real world, where technology is ever present and integrated into almost every career. In the future, they even hope to expand this to the middle school level.

“I believe we are in a era where digital learning is so important for future careers,” math teacher Amanda Vandervort said, “Millard wants all students to be prepared for their future when they graduate high school.”