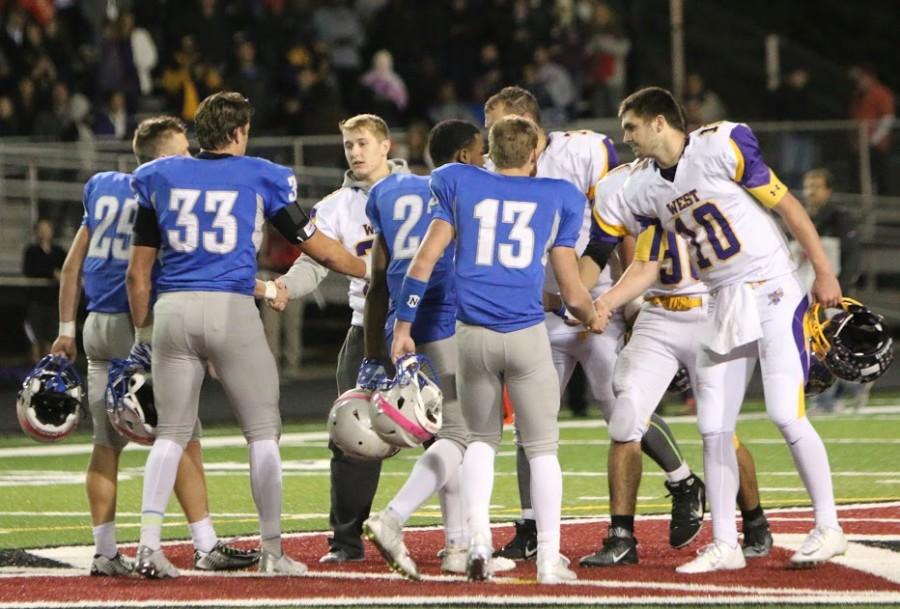 A hush fell onto the student section Friday evening as the Mustangs lined up to go for the two-point conversion. Everyone held their breath as the entire season fell onto this last play, if the Mustangs scored they would go to state. If not, then they went home in disappointment. From the beginning Millard North was behind; starting the game 13-0 behind the Bellevue West Thunderbirds, but few Mustangs were worried.

“I have more faith in Fred Petito than I have in my own father so I never had any doubts,” Said Senior Ryan Taylor, and he wasn’t the only student to not give up.

Senior Turner Eakins gave his view of the crowd throughout the game.

“(The student section) knew we wouldn’t go down without a fight and that we would make it a close game, so we kept on cheering and never gave up on the team,” Said Eakins.

The fans weren’t the only ones that had faith in the team, Head Coach Fred Petitio was also confident after a rough start.

“They are a tough team that gets going right off the bat, but it’s a four quarter game so we didn’t panic,” Said Petito.

It was a good thing that the fans did not give up on the team, because the team didn’t give up either. At the end of the first half they closed the gap to 20-10. Then at the start of the fourth they had tied it up 20-20. However, with six minutes to go Bellevue West scored to go up by seven. Their touchdown came on the Thunderbirds seventh play within the Mustangs 10 yard line, Millard North prevented a touchdown each time except the last fourth down attempt.

“I think you could see that situation as a good thing, because it showed how competitive our guys were,” Said Petito “and sure enough we got the ball back and scored,” 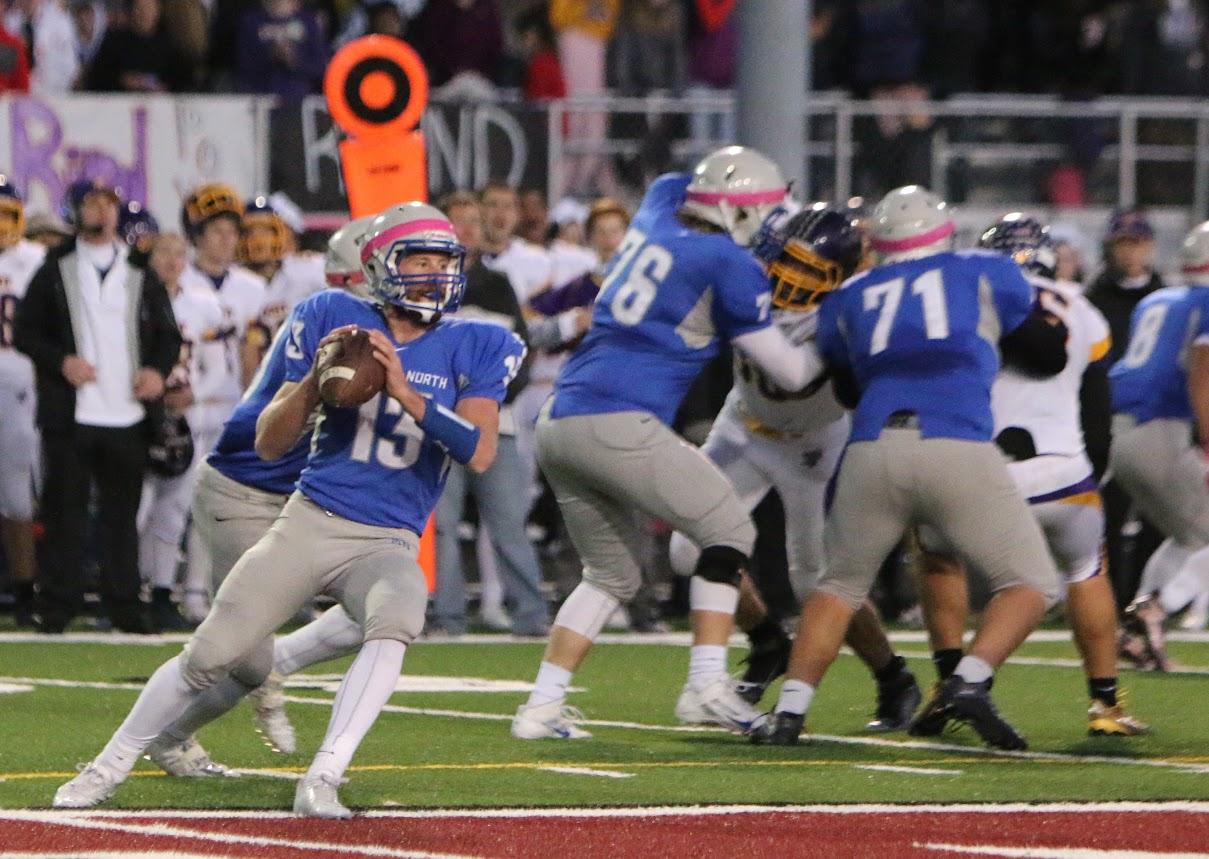 This left the game tied, and when time ran out a few minutes later it mean that they were headed to overtime. Bellevue West got the ball first and scored promptly; after the extra point kick was good it meant that Millard North needed to score seven to at least continue the game. On fourth down the Mustangs did score; they just needed to kick the extra point field goal to continue the game. However, kicker Matt Reid was not sent back out to tie the game for a second overtime. The offense headed back out for the two point conversion. This was it, all or nothing.

“We all (students) knew it was the right call. Our team had prepared for that since the summer, it had to work,” Said Taylor.

At the end of the day the ball ended up in the hands of junior wide receiver Aaron Gerdes for a spectacular double reverse.

“When I got the ball I knew what I had to do, my mind was silent,” said Gerdes. “We have had play calls like that before, going for two in overtime, however not with those kinds of ramifications at stake, but at the time it seemed like a good idea,” said Petitio.

Turns out it was. 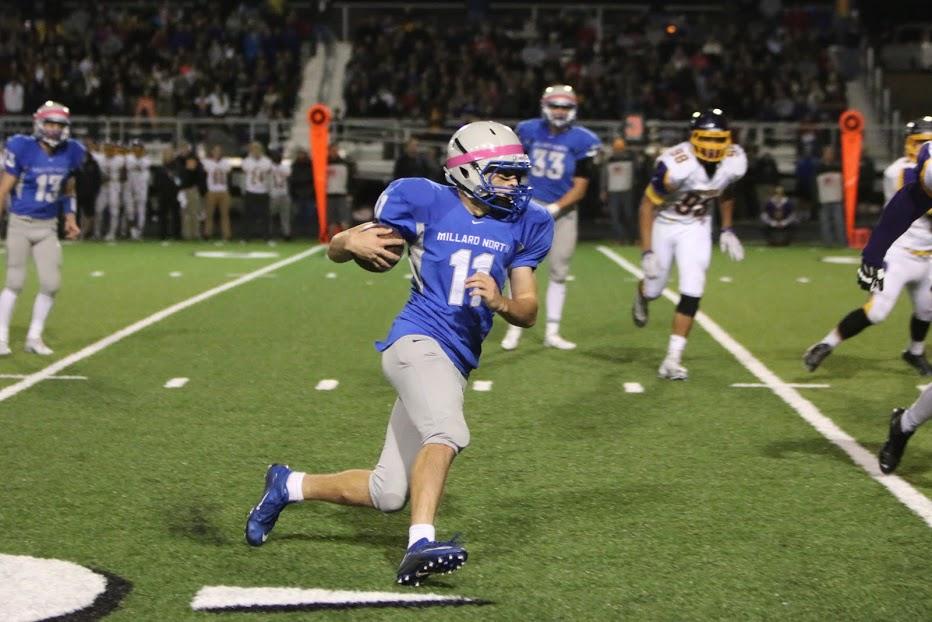 The Mustangs Varsity football started practice last June, and it will continue its season for one more week. The bus ride home from State title game will be the last the team will have, whether it is as victors, or in defeat.