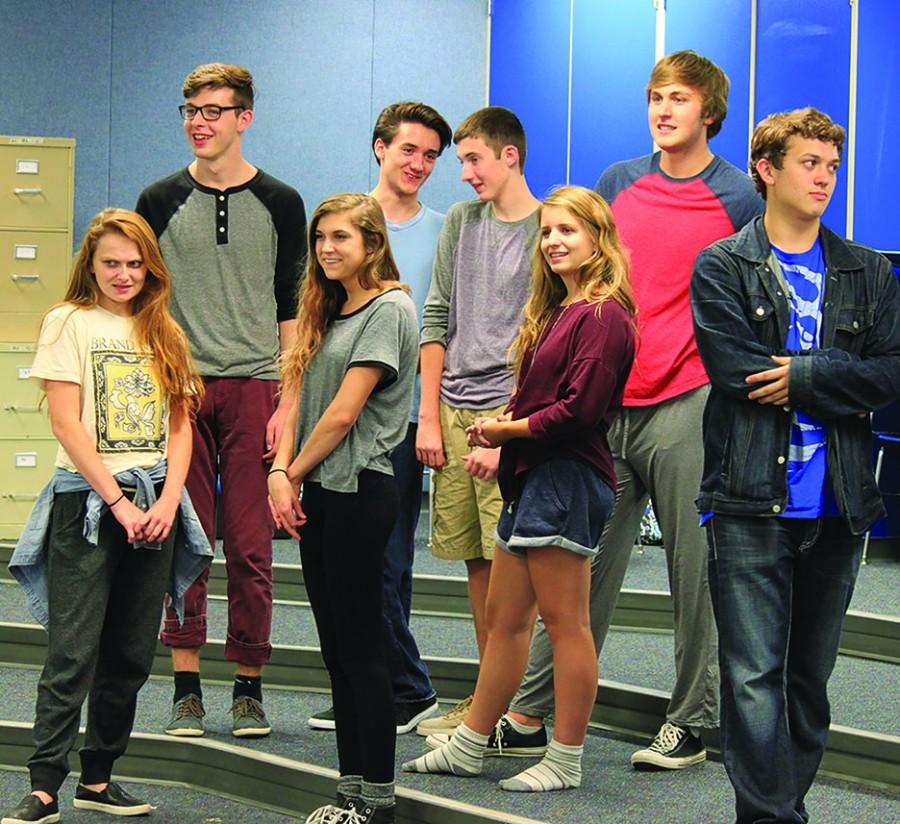 Come on down, meet the nicest kids in town

MN drama department puts on 'Hairspray' for the fall musical

Get ready to run and tell all of your friends that MN is going to be featuring the nicest kids in town. For the fall musical debut on October 29, “Hairspray” will hit the stage with its critically acclaimed Broadway songs and dances. This musical is unique to MN for a variety of reasons. From its renowned musical numbers, to the social issues it addresses, most people take something away from Hairspray long after the show is over.

When choosing a musical production to put on this fall, there were a variety of options on the table.

“Hairspray is one of my favorite musicals. I love the music; I think it’s very upbeat. The story line is one that I think can be told generation to generation,” musical director Megan Tantillo said.

Hairspray’s story line is one that touches on some relevant issues from the generation in the 1960s regarding civil rights. MN will not be hiding these issues when the musical is put on stage.

“I think it’s important that we inform our young people about the Civil Rights,” Tantillo explained.

The issues found in Hairspray can be found in this generation as well, and they will be exhibhited to the full extent the movie addresses them in.

Tantillo does not stand alone in her opinion regarding the necessary discussion of the civil rights issues Hairspray presents. Junior Olivia Klein portraying the role of Tracy Turnblad shares similar views regarding the presentation of Civil Rights issues highlighted in “Hairspray”.

“Seeing it in a production makes it more real life because we’re acting it and we’re living it. You talk about it in history class but you never get to really experience it,” Klein said.

Since this production does discuss what could be described as sensitive race topics, a strong cast was necessary to efficiently portray these issues.

The casting for Hairspray was one that involved a lot of consideration. Many students from Millard North audi-tioned for a spot in this musical, and many will be featured opening night.

Tantillo described the audition process as a tricky one for this musical, especially for the lead roles.

“You really needed to see Tracy and Link together and see how they interact,” Tantillo said.

Link was sought out as a suave character, and one who could sing and dance well. Evan Wolhers will be performing as Link based off of his triple threat audition that scored him this lead role.

When filling the role of Tracy Turnblad, she needed to be showstopper to say the least.

Olivia Klein who was picked for this role accomplished just that in her audition process.

“I’m really excited to put on a show for people because I really like to entertain and make people laugh and capture people’s attention,” Klein said.

Junior Ruchir Khazanchi who is playing the role of Seaweed is one of the main minority figures in the musical. He con-tended that he previously held strong opinions regarding Civil Rights issues before the musical even started.

“Being in the shoes of the role has helped me develop an even further passion for these issues, and I’ve always held passionate that minorities should have the same rights and shouldn’t be treated any less,” Khazanchi said.

To go along with his strong moral grounding, Khazanchi looks forward to performing in another MN production, and holds a strong passion for going on stage in the shoes of a different character.

MN is expecting a great turnout for the musical, and has an entire publicity team in charge of creating posters to send out to all of the area high schools. The turnout on opening night is predicted to be a large one, and our cast and crew are working tirelessly to ensure that it is a success all around.