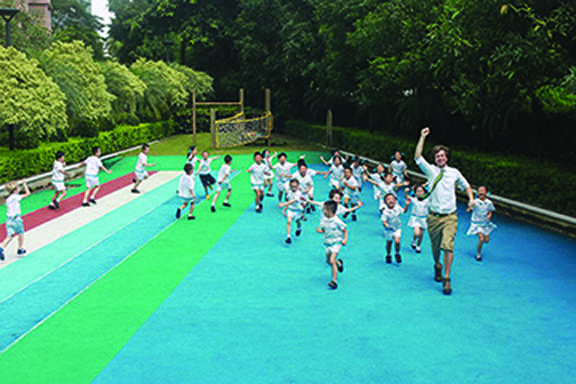 In the summer of 2005, science teacher Philip Manley left MN, traveled halfway across the globe, and landed in the city of Manila, Philippines.

A city of over 1.5 million people packed into 15 square miles, Manila is the most densely packed city in the world; quite a change from seemingly small-town Omaha, Nebraska.

Manley grew up in Millard, attending both Millard South and Millard West, and eventually graduating from the University of Kearney with a degree in Education and an endorsement in secondary science.

Eventually he became a teacher at MN, but realized that the opportunity he had missed in college to study abroad was something he still wanted to do, except instead of going as a student, he would go as a teacher.

“I decided it would be fun, while I was young, to have that experience of living in a different country,” Manley said.

So in 2005 Manley began teaching physics at The International School of Manila, an International Bachelorette school in the city.

“It was a wonderful school,” Manley said, “I had really small classes with highly motivated learners.”

Manley, however, is not the only teacher from MN that has taught overseas. Five years later, in the summer of 2010, computer science teacher Jonathan Ringenberg and his girlfriend landed in the city of Shenzhen, China, on the edge of the better known city of Hong Kong.

Ringenberg had taken a job at Victoria Kindergarten Shenzhen teaching kids math, science, music, reading, and writing, all in English.

It had always been dream of his to study abroad, but the cost was too high in college so he decided on teaching abroad instead in the city of Shenzhen.

Shenzhen is one of China’s most populous cities, holding more than 7 million people within 792 square miles. Ringenberg himself lived in an apartment complex with over 14,000 people.
For Manly, living in the Philippines required getting use to many new things. Manila is a developing country and the economic contrast between the rich and poor was shocking.

“People were just living everywhere,” Manley said, “Living on railroad tracks, child beggars on the streets – walking up to your car. Some really sad things like that.”

As for the kids he taught, he realized that they were no different from any other kids in the world.

“I mean, kids are kids. It really didn’t matter that I was in the Philippines. It was amazing. It didn’t matter what country they were from,” Manley said.

For Ringenberg, however, the surprise was his surroundings. The city of Shenzhen is at a tropical latitude and full of incredible natural beauty with the wide array of animals, birds of paradise, and fruit.

“Looking back I think that was my favorite part about being there. I saw something incredible everyday,” Ringenberg said.

Being a kindergarten teacher he found the children’s English funny and interesting. During science they would call turkeys – “peacocks,” and instead of saying lifecycle, they would say “tricycle.”

“They would produce sentences that made sense but were wrong,” Ringenberg said, “It was fascinating to me because it really showed how the human brain works.”

Ringenberg came back to Omaha this year, got a job at MN as a computer science teacher, and is enjoying working with high schoolers. He does admits, though, that he misses being able to fall back on the “reading corner” when lesson plans go wrong.

Mr. Manley is very thankful to be back in at the school. While on the other side of the world in Manila he had realized something profound.

“I had gone to the other side of the world to teach,” Manley said, “but what I hadn’t realized was that there were plenty of kids in my own country who needed a good teacher, too.”