Inclusion on the court

Unified basketball team open for players of all abilities 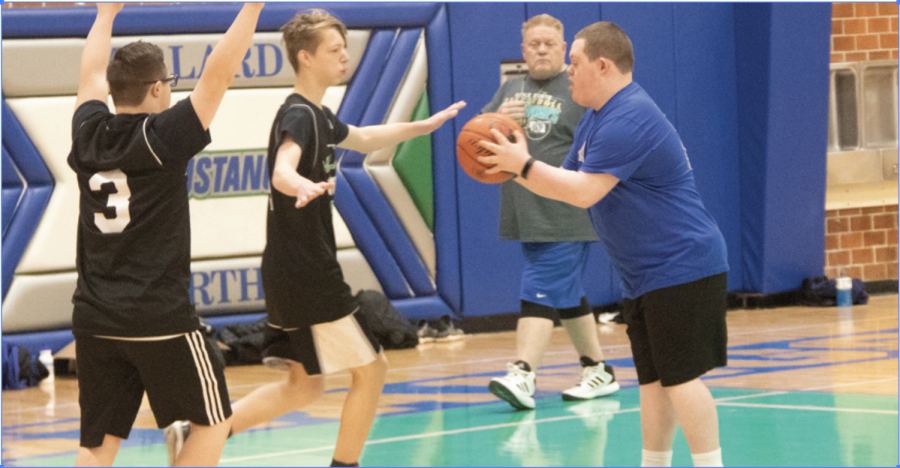 Squeaking shoes and loud cheering greet you as you walk into the gym to watch the unified basketball team. They score a point and the crowd goes wild. The team, coaches and parents are all crying happy tears. The energy in the room is unlike any other, everyone is included, everyone is appreciated, everyone is unified.

“It is such a powerful team because it deals with empowering and promoting sports for kids with disabilities,” senior Palak Singh said.

Unified basketball has the goal of being a unified sport where people come together to share their love of basketball. It was introduced to MN last year. Because they are so small, they oftentimes need to turn people away.

“Last year we picked people that we knew in the building, or that we had heard of that were really good gen ed students with special ed students from P.E. and other classes, ” unified basketball coach Tricia Rohde said.

It doesn’t matter if they have background in basketball, they are invited and included. The general education students are there to “to serve as a positive role model for others and be willing to communicate and guide when necessary,” as Singh says.

The team is very supportive of each other and of other teams they play against. They show their support by cheering, and are dedicated to making sure everyone feels unified in one purpose- to have fun.

Their genuine love for the sport and each other overrules the want to win.

Singh said, “I love being a part of Unified Basketball because it is filled with so much joy and happiness.”

Sophomore Harper Jones, a special education member of the unified basketball team has been a part of the team for two years. Jones says that,“I think it’s great, I like to guard, even though it’s hard. I just practice and practice.”

Though it can be hard for some of the team members, they are supported by their teammates to keep playing and push themselves to the limits.