My experiences have shaped me, but I’m not defined by my success 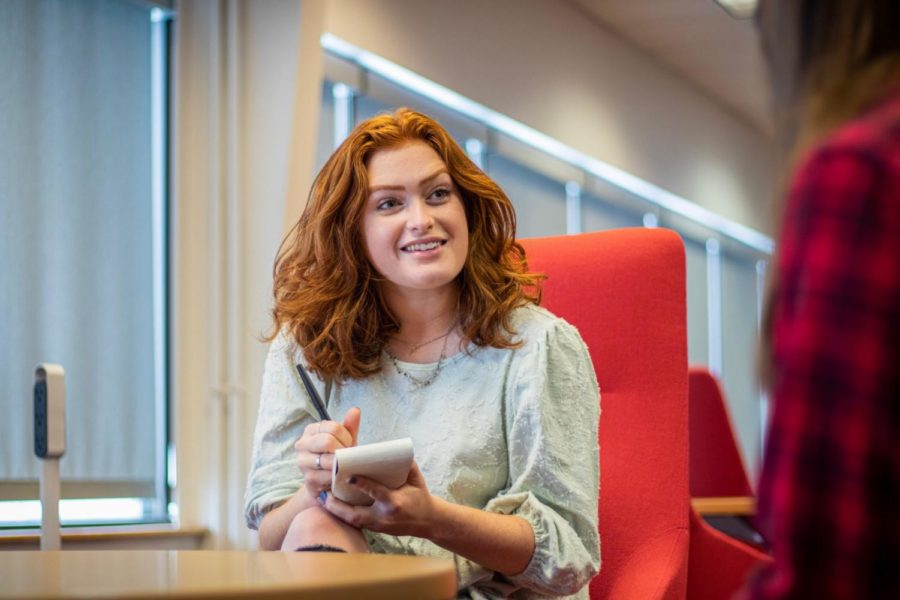 The descriptor “intense” and I have an interesting relationship. For four years, I have walked through MN with a purpose, always intent to reach my final destination, whether it be my calculus class or a cross country practice.

Perhaps this is why when teachers, friends, family members are asked to describe me they tend to focus on one word, “intense”. Despite my desire to succeed and to be thought of as “good”, it is ironic that upon reaching graduation, arguably the most important destination of my high school career, my supposedly innate sense of direction is clouded.

I don’t begrudge others that describe me as I am, a person, looking for validation in the form of medals and affirmations from others. However, as I’m writing my final column for “The Hoofbeat”, I’ve realized I’m so much more than my intensity and my accomplishments.

Like any freshman, I initially felt out of place among 2,500 other students. While involved in countless activities, it was difficult to identify a niche for myself and the pursuits I would associate my high school memories with. Then, I found journalism.

Room 1105, filled with desktop computers, colorful dry erase markers, and a stuffed duck became my home. This is where I feel I must say thank you to Mrs. Crotzer for allowing me to put a microwave next to her desk.

Suffice to say, I don’t regret any of the time I’ve spent writing, editing, or designing. Part of my “being good complex” is grounded in purpose, feeling like I’ve made a positive impact on those around me. I know that through newspaper and journalism in general, I have created space for others to share their stories.

Unafraid of controversy, I’ve written editorials examining the sexism of the hard hat tradition and the school culture in the wake of a former teacher being charged with sex crimes. I’ve pushed for diversity in coverage, featuring members of the LGBTQ+ community during their history month, while delving into Millard’s response to backlash from students regarding race inequity in curriculum. I introduced MN journalism’s first ever Diversity and Inclusion Agreement.

I have to believe these actions did some good, changed someone’s perspective, highlighted systems in need of adaptation. Most importantly, I hope I’ve created and maintained a culture of journalistic integrity and excellence for my fellow staff and students.

These pursuits mean more to me than any award, even Nebraska’s Journalist of the Year. I suppose I’m intense because I fight for these values and refuse to feel like I didn’t do everything in my power to create opportunities for myself and others.

This is why upon my acceptance to Northwestern University’s Medill Journalism School, I felt like I had reached the zenith of finally feeling “good” about my accomplishments. It hurt when I ultimately realized, financially, I was unable to attend my dream school I had idolized for the past four years.

I felt metaphorically kicked off my mountain of self-worth I had been slowly building. It bothered me that I had worked tirelessly my entire high school career, and I still wasn’t able to revel in my past accomplishments. It bothered me that my singular, describing characteristic had become “intense”.  It felt like my small, personal successes and the other, greater parts of my persona meant nothing.

But these were the thoughts of a past self, not of the person who has worked to appreciate herself. So, I have found some semblance of peace in my future college plans and in my intensity.

Yes, I am an achiever and a leader, but there are so many more important aspects of my personality. I am compassionate, I invest in others, I have a good conscience, I am overly anxious, I cry reading a good book or watching a good movie, I make witty jokes, I am mentally recovering from a year filled with sickness and violence. And yes… I am also intense.

But I hope I will be remembered as more than that, more than my accomplishments, my grades. I’ve reached the final destination of my high school experience, and I’m finally starting to believe what everyone has been telling me.

No matter where I end up, I have faith I will do great things.