Young entrepreneurs create a game that builds excitement for science 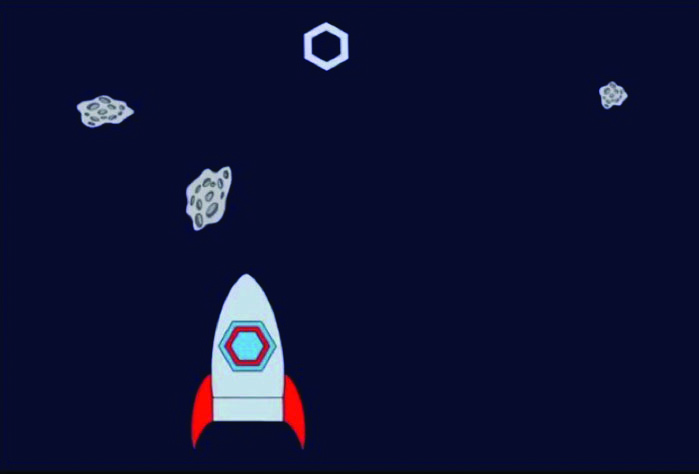 We all know that today’s middle schoolers are much more tech savvy than those of 10 years ago. Kids these days can make professional powerpoint presentations, shop online, and even become famous on social media. However, often these traits are seen by parents as harmful to the education and development of their children. What if someone used the very thing that caused these concerns to exist to solve them? Juniors Aarun Srinivas, Dejan Shakya, Srikar Yallala, Praveen Rao, and Vikram Venkataraman have been doing exactly that; they working to make their community a better place by implementing an app for middle school STEM (science, technology, engineering, and math) engagement.
“The program is basically just an interactive gaming supplement that ties into the regular middle school science curriculum. Our idea was to create a real-life application game so students can learn concepts and apply them to real-life scenarios,” team leader Srinivas said.
The way they are going to make this project successful is through a little help from UCLA MBA graduate student Iryna Pivan and an initiative called Founders Bootcamp. They were selected to be one of only 50 teams in the nation.
“Founders Bootcamp is an organization that helps teams facilitate businesses and help us learn how to make a business with incentives. We will eventually get to go to an actual camp” coder Yallala said.
Their passion for the project stems from personal experience with losing interest in the STEM field as middle schoolers issue, as well as seeing a trend of middle school interest in these fields decreasing.
“We found that students lose interest in middle school for STEM because they’re faced with lectures, and we just wanted to make STEM classes more interactive,” advertising manager Shakya said.
The end-goal of the program is simple: increase the amount of people interested in STEM.
“In the STEM field, the amount of necessary jobs are increasing year by year but the amount of jobs being fulfilled are decreasing year by year, so the gap is getting bigger. By targeting middle schoolers you can gain interest at a young age and keep them interested, which would help bridge the gap,” business manager Venkataraman said.
The project, which was aimed at middle schoolers of all backgrounds, isn’t just beneficial for the kids; the juniors all take away valuable life lessons from this as well.
“This project has helped me learn how to start a business and manage communication,” Yallala said.
As for results, plan on seeing some very soon. The team is being mentored by a University of California Los Angeles MBA graduate student, and they are competitors in the Founders Bootcamp initiative (one of only 50 teams in the U.S.), and they have trials planned for the near future.
“We plan to get a group of middle schoolers together and have them test run our product, and hopefully get testimonials from them stating whether they liked it or not and whether it would help them get interested in STEM,” graphic designer Rao said.
These young entrepreneurs have a message for kids interested in STEM; although STEM seems hard now, persevere.