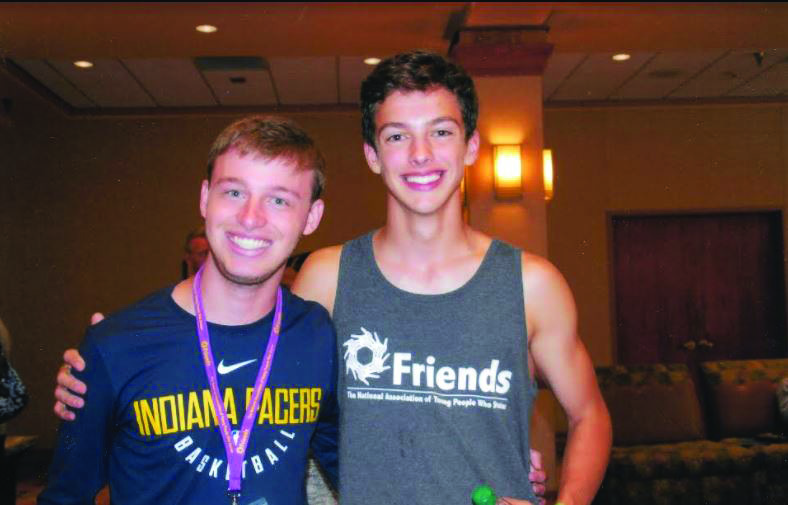 MN junior Evan Jolley is a regular high school student. He plays soccer, eats Raising Cane’s, and avidly does ACT prep. Despite all of this, in his early years, Jolley struggled to find his voice. He had a stutter.

On Fri., July 20, 2018, Jolley sat on a stage and used this voice. Hundreds of people listened as Jolley told his story, a journey to accepting his stutter. However, the best part of this speech was that it was given to many others trying to finding a way to combat the same struggles Jolley had faced with his own stutter.

Stuttering only affects about one percent of the population. It is a complex communication disorder that can change the fluency of one’s speaking pattern. But, stuttering is more than the way that someone speaks. It can affect a person’s life.

“In elementary school, I sometimes got bullied for my stutter. But then, I started to give a lot of presentations about stuttering, so that people would be aware of what I was going through,” Jolley said.

When he was young, Jolley received speech therapy from Millard Public Schools and also had a private speech therapist he worked with. Through this therapist, Jolley and his family learned about the organization FRIENDS.

FRIENDS is a national nonprofit dedicated to guiding young people on the journey of embracing their stutter. It was created 22 years ago in New York, by two parents who had children with stutters. The main goal of FRIENDS was to give their children a way to find and connect to people who are just like them.

When Jolley was 8-years old, he went to his first one-day FRIENDS convention in Iowa.

“He said that was one of the best days of his life. He embraced his stutter that day and hasn’t looked back since,” mom Stacy Jolley said. “That’s not to say that there haven’t been difficult times, but we’ve been on the right path since that one-day FRIENDS conference.”

Up until then, Jolley had spent his life not knowing other people who stuttered, and only focused on making his speech pattern better, rather than embracing something that is a part of him.

“I’ve seen speech therapists before and talked to a lot of different adults about my stutter, but FRIENDS is different. Their main message is to have me accepting the fact that I stutter over me actually being fluent,” Jolley said. “I think once I got that message and had time to internalize it, that was when I sort of embraced it.”

Three years ago, Jolley was approached by the organization to speak at the three-day national convention about his journey and the obstacles that he had overcome. This year, he spoke at the convention right here in Omaha.

“The last couple of years I think Evan, while still a confident communicator, tried to hide his stutter when it would crop up. But this year’s convention was a new turning point for Evan to re-embrace this philosophy,” S. Jolley said. “I feel like Evan has returned to allowing himself to speak freely and naturally, whether that includes a stutter or not.”