Man’s best friend at it again 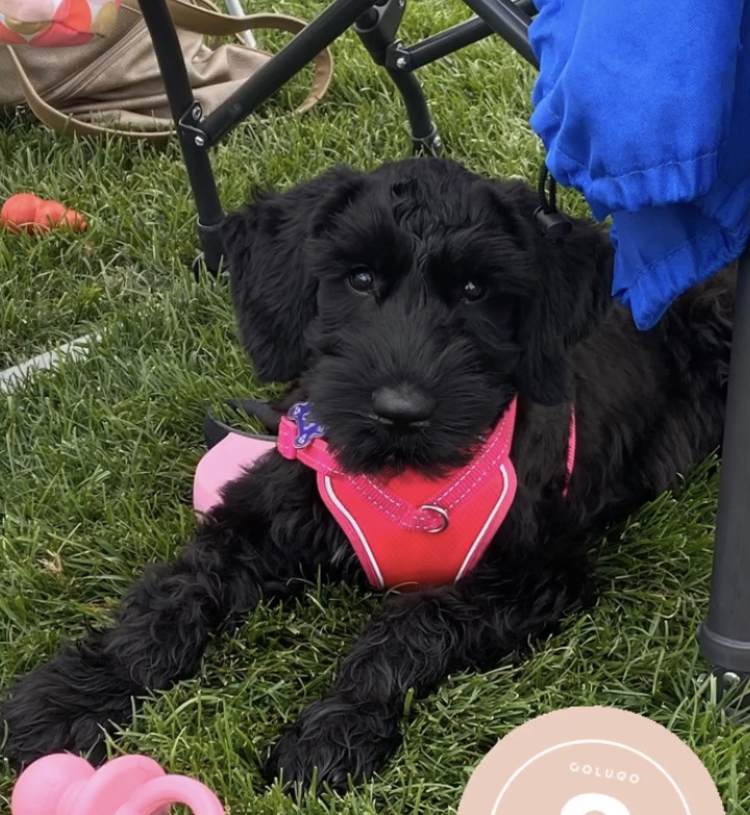 Late night potty breaks, bleary morning walks, and the endless barking. The expected trials of a new puppy can still be a shock. Luckily, people think the adorable dogs are worth it, especially in this pandemic.

Having a canine companion has always been a source of comfort.. Their excitement and undying loyalty fills owners with optimism. The Anxiety and Depression Association of America says that 74% of pet owners reported mental health improvements from pet ownership. Knowing the effect that quarantine was having on others’ emotional health, the masses went out in search of their doggy friends.

Science teacher Joy Rooney and her family got a puppy over quarantine. Earl came home with them on April 11, and the laughter of 8 year-old-son, Jack, has been heard ever since.

For most people, getting a dog during this time has meant having new positive energy in the house. They get a built in best friend that can occupy that abundance of free time. That’s just what the Rooneys were looking for.

“Really we did it for Jack; we wanted Jack to have a buddy.” Rooney said. “We’re all busy people, so when life stops like that, you get kind of stir crazy. You need some kind of purpose. For us, getting Earl was a good purpose.”

As much as getting a new pet is a joyous occasion, Rooney and other pet owners recognize it takes a lot of work. Training and housebreaking are some of the most time consuming parts of getting a new dog, especially a puppy. It takes consistency and devotion to get it right.

Sophomore Kelsie Mitchell said there was no shortage of  difficulties when training her mini Australian shepherd Millie.

“She [Millie] chews on everything: shoes, the couch, the coffee table,” Mitchell said.

Although Millie has a habit of testing out her new teeth, she is a beloved member of the family.

Integrating these new fuzzy family members during quarantine have also had its unique challenges. A dog needs socialization, with people and other animals, in order to be more balanced.

However, lately things have changed. People are returning to work and school, albeit in an odd fashion. This has led to some canine separation anxiety. Bailey VerMaas and her giant Schnauzer Lila have found a clever way around this.

“I’m doing remote learning, so she actually has been super happy that I’ve been home with her,” Bailey said. “She has definitely been a new best friend.”

Similar stories have played out throughout MN.

German teacher Jason Pitt was convinced by his family to add Howie, a Corgi, to the family. Even though the adorable canine has interrupted Pitt’s sleeping patterns, he has been quite popular with the neighborhood kids on his morning walks. They have to be careful though, because Corgis are herding dogs.

“It was a big surprise the first time I got out in front of him and he bit my heel with his little purple teeth. He also circles my kids when they’re running outside like he’s herding sheep,” Pitt said.

While they weren’t nearly as famed as Howie, Sam Solberg’s two adopted Australian shepherds were adored. Brother and sister Briscoe and Bailey were fluffy balls of playful energy. Although the sibling rivalry is fierce, Solberg emphasized the positive energy they have brought to the house. He said his favorite memory was when they first brought the dogs home.

“When we brought them into the backyard, their faces lit up and it was just the best thing in the world,” Solberg said.

No matter the national pandemic that brought these families together, quarantine dogs will stick by their new-found owners, happy to have a forever home.