Because where there's smoke, there's fire 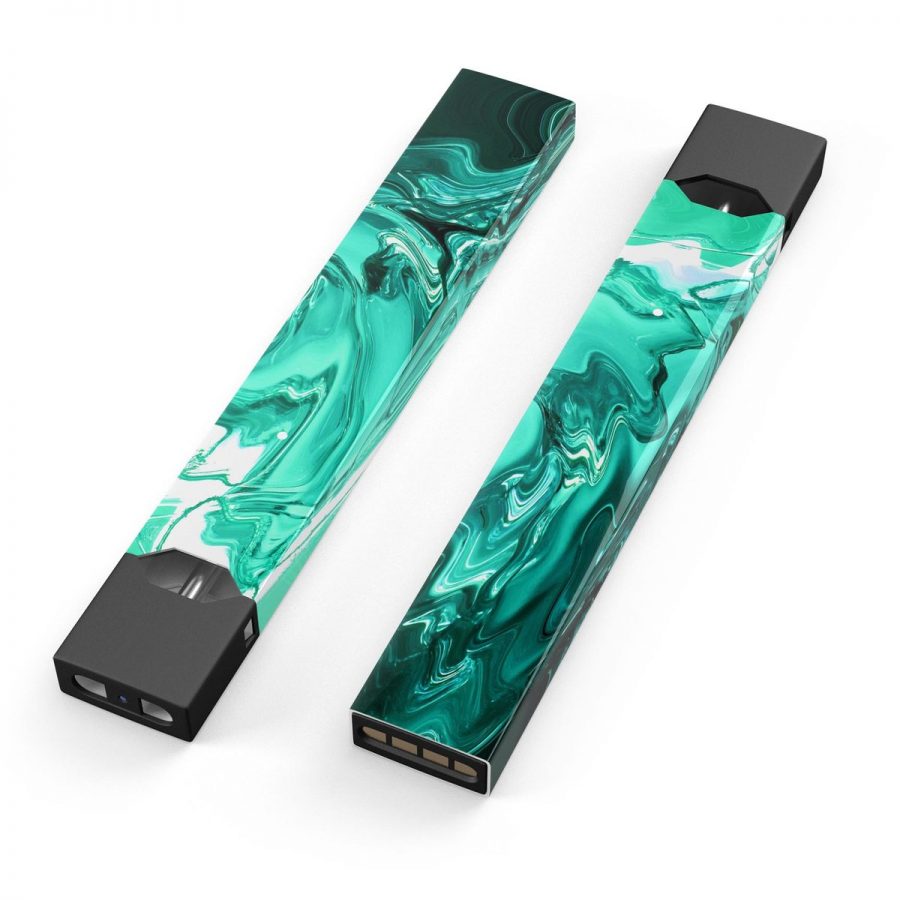 It’s a quiet Sunday afternoon and Niki Losse is at home with her family when a loud bang startles her. When she goes upstairs to investigate, she finds her stepson, Kyle, on the bathroom floor, barely breathing. Her husband frantically dials 911 as Niki attempts to figure out the cause of the fall. Finally, she discovers it.

“These things are sold at malls and are easily accessible to children and teenagers. That’s not the way it should be,”  Losse said. “What happened to my son?”

After being hospitalized, Kyle died two days later due to nicotine poisoning and a subsequent stroke, shocking many and spurring questions surrounding his death.

How did a 14-year old illegally obtain an e-cigarette? How could vaping kill a seemingly healthy young boy? How many other teenagers are at risk?

More than 2 million, according to the Federal Drug Administration (FDA), and that number is only rising.

The sale and use of e-cigarettes among minors has been illegal nationwide since 2016, but vaping among teens has been steadily and silently increasing for half a decade. In fact, according to the Center for Disease Control (CDC), the number of high school students who have used e-cigarettes in the last 30 days has skyrocketed by 75 percent in the last year alone.

A huge factor in this rising number is the fact that many teens believe e-cigarettes are harmless. While e-cigarettes don’t have some of the harmful ingredients, such as tar and tobacco, that standard cigarettes have, e-cigarettes are largely unregulated and have been found to contain components such as arsenic and lead. Those poisonous ingredients are just two of 7,000 other unknown chemicals that make up each e-cigarette, the long-term effects of which have not yet been studied.

The effects that are known? Lung cancer, a deterioration in brain development, nicotine poisoning, and even death.

“Youth vaping is especially dangerous because teens are more susceptible to conditions such as popcorn lung, where the lungs airways are damaged, abdominal pain, and even seizures, because their bodies are still developing,” Methodist pulmonology specialist Sylvia Rael said. “I’ve seen teen vapers who once loved doing sports and running but can’t anymore because they can’t breathe properly.”

These risks are rarely associated with many teenagers’ ideas of “Creme Brulee” or “Blue Slushie” flavored smoke. Still, fun flavor names can’t cover up the ultimate truth: youth vaping kills, and it has become an epidemic.

On Sept. 12, the FDA officially declared youth vaping an epidemic, due to the vast number of teenagers illegally obtaining e-cigarettes. Additionally, the FDA has announced that the top five vaping manufacturers have 60 days to submit plans to prevent youth vaping, or their products will be taken off the market.

JUUL, one of the biggest names in the vaping industry, has previously been accused by the FDA of producing ads targeted to teenagers. These ads feature young people carrying Juul’s products, accompanied by bright backgrounds and upbeat music. One thing notably missing from these ads? Vaping’s harmful effects.

According to the FDA, advertisements such as JUUL’s further e-cigarettes’ appeal to teenagers by advertising vaping as being cool and enjoyable, with no side effects. However, these claims of “safe fun” are completely false and are used to lure impressionable teenagers into becoming lifelong users, boosting sales for JUUL and damaging the health of millions.

“From our perspective, this is not about getting adults to stop smoking,” FDA investigator Maura Healey said in a New York Times interview. “This is about getting kids to start vaping, and make money, and have them as customers for life.”

In response to the controversy, JUUL released new advertisements with actors 35 years and older, in order to better target the company’s true demographic: adult smokers. Furthermore, in June, the company announced a new campaign titled “What Parents Need to Know About JUUL”, in order to provide parents with information on underage vaping and nicotin. While this change marked the initial step in discouraging youth vaping, the fact is that many teens still have a misconstrued idea of what juuling truly is and does.

The “Real Cost” campaign aims to combat this misinformation by producing ads depicting the true and grotesque results of teen vaping. Visuals of a black worm snaking across a young boy’s face or teens with their mouths replaced by a juul warn teens to stay away from e-cigarettes.

Campaigns such as the “Real Cost” reflect a big step in ending the youth vaping epidemic by educating teens on the truth behind it. The next step lies in large vape corporations rolling out plans to keep e-cigarettes away from youth.

Still, teens can take some responsibility into their own hands by staying away from e-cigarettes altogether. In the end, it is up to teens themselves to redefine vaping for what it truly is: a dangerous epidemic.